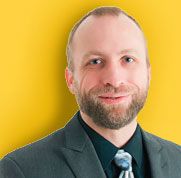 “Patty Hannan has built the innovative PlayWisely® curriculum based on principles of developmental and cognitive science. PlayWisely® engages children in systematic play activities that exercise core cognitive processes. Cognitive stimulation is a significant predictor of academic achievement and a host of positive outcomes later in life. Indeed, good parenting involves providing an environment where parents play with their children in ways that promote cognitive and emotional growth, that is, where parents play wisely with their children.”

Dr. Michael Motes is currently working as a faculty scientist at the Center for BrainHealth and the School of Behavioral and Brain Sciences at the University of Texas at Dallas and as adjunct faculty in the Clinical Psychology Graduate Program at the University of Texas Southwestern Medical Center. His research examines the brain bases of differences in basic cognitive abilities, particularly the relationships between basic and higher-level abilities, and he has explored the brain bases of changes in cognitive abilities associated with development and normal Aging, Dementia, Depression, Gulf War Syndrome, Autism, and Cognitive Training. He has published in top journals in experimental psychology and cognitive neuroscience and has presented his work at major national and international conferences. He is currently funded by the Middle School Brain Years Initiative at the Center for BrainHealth, where he and Center researchers are investigating developmental changes in the brain bases of reasoning abilities and the effects of a Strategic Memory and Reasoning Training program on these changes.- Dr. Motes received his Ph.D. from the Doctoral Program in Experimental Psychology at Texas Christian University. While a graduate student, he studied factors affecting changes in attention and spatial memory over time, and following graduate school, he held a Postdoctoral Research Fellowship at Rutgers-The State University of New Jersey where he studied the role of basic cognitive abilities, particularly visual-spatial and visual-imagery abilities, in the performance of higher level cognitive tasks, like learning science concepts and navigating real and virtual environments.