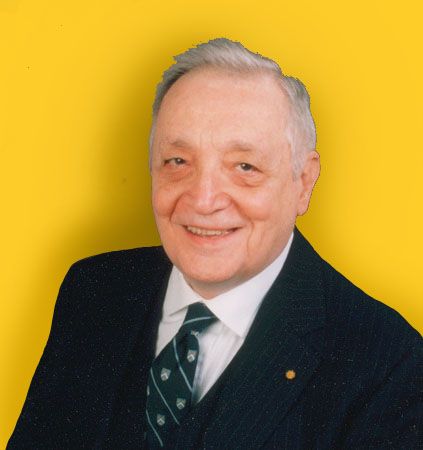 “Seventy years in science and education lets me recognize merit in new methods. To rephrase Cuba Gooding in Jerry Maguire: “show me the data.” PlayWisely’s planned research program can make this technology a serious contender for reforming American early education.”

A pioneer scientist in the field of technology in education, he holds MA and PhD degrees in Psychology from the University of Pennsylvania, and an honors BA from Swarthmore College.

The late Dr. Galanter’s distinguished academic career includes positions held at the University of Pennsylvania, Harvard University, the University of Washington, and Columbia University. He was a fellow at the Center for Advanced Study in the Behavioral Sciences at Stanford and served as Chairman of the Committee on Learning at the Salk Institute with eminent scientists James Watson, Jacob Bronowski, and Jonas Salk.

A prolific writer, Dr. Galanter has authored more than 150 books and articles on learning theory, psychophysics, perception, motivation and memory. His publications on education include The Ideal Teacher, The Mechanization of Teaching, Two Models of a Student, and many others, including Plans and the Structure of Behavior, which sparked the cognitive revolution in psychology. Dr. Galanter’s latest book is People, Preferences, & Prices, Bentham Science Publishers Ltd. has just come out.

Dr. Galanter’s foresight and passion for early learning and computer-related pedagogy resulted in the founding of the Children’s Computer School in 1980 and the Summer Computer Institute at Amherst College in 1981. He subsequently published the bestselling Kids & Computers three volume series in 1983. He was also the Chairman of the Board of the Tompkins Hall Nursery School, and served for many years on the board of St. Hilda’s and St. Hugh’s School in New York.

Having directed projects for NASA, FAA, the Office of Naval Research, the U.S. Army and the National Science Foundation, Dr. Galanter has been recognized by NASA with the Distinguished Scientist Research Award. Dr. Galanter and his daughter, Michelle Galanter co-invented and hold the United States patent for the Galanter Educational Evaluation Lattice, which is the basis for the Children’s Progress Academic Assessment (CPAA) and is licensed exclusively to Children’s Progress.

In 2009, Dr. Galanter invited PlayWisely founder, Patty Hannan to his offices at Children's Progress to present her work. He immediately saw the potential in her work to modernize thinking on optimizing early human performance development,. He acted as a mentor guiding her work and was instrumental in her acceptance into the International Society of Psychophysics. He co-authored presentations with Ms. Hannan at conventions from 2010 to 2016.